It would be a challenge to identify a person in American history with more strength of character than Harriet Tubman. She was born into slavery, enduring its horrors and privations, and escaped to lead dozens of other enslaved persons to their freedom. She lived most of her life with a bounty on her head yet openly fought for justice against entrenched power. She was a fearless conductor on the Underground Railroad, saying she “never lost a passenger”; she assisted John Brown in his fight to end slavery; she fought with the Union Army in the Civil War and even led an armed assault in South Carolina that rescued hundreds of slaves. And she lived long enough to become a suffragist fighting for women’s right to vote. 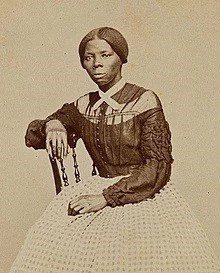 Born Araminta Ross in Maryland, on the edge of the Mason-Dixon Line, Tubman was beaten and whipped by various masters as a child. As a teen, she suffered a traumatic head injury when an overseer attempted to stop a fleeing slave by throwing a two-pound metal weight that struck Tubman instead. She was left without medical care for two days and experienced debilitating headaches, dizziness, and visions for the rest of her life. She felt that the visions were revelations from God, giving her a passionate faith that informed her entire life.

She is best known for her work with the Underground Railroad, a network of safe houses operated by antislavery activists. But her fearlessness was best shown in a remarkable raid that she led during the Civil War. In response to Lincoln’s Emancipation Proclamation of 1863, Tubman committed herself to the defeat of the Confederacy. She started as a Union Army nurse and later lent her knowledge of covert travel in dangerous territory during forays in South Carolina, where the terrain was like her home in Eastern Maryland. She mapped the lowcountry rivers and swamps near Beaufort and enlisted the help of residents.

The Raid on Combahee Ferry, a military operation against a collection of plantations, was launched in June 1863, and Tubman, who had already spent months doing reconnaissance in the area, was on hand as a key adviser. The waters leading to the shore had been mined by Confederates, but Tubman was able to guide three steamboats safely past them. As enslaved people streamed onto the ships, Union soldiers set fire to the buildings, leaving before the Confederate troops arrived. More than 750 slaves were liberated that night.

No less a figure than Frederick Douglass praised Harriet Tubman for the perils and hardships she willingly encountered in the service of the enslaved. The story of her life is the story of Women’s History.